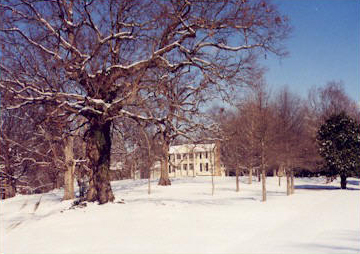 The Town of Smyrna finds its roots in the mid 1800's as an agrarian community with many large farms and plantations flourishing in the area. One of the more significant plantations, the Sam Davis Home, is Smyrna's most historic landmark and is designated as a state historical site. The plantation was home of the heroic Sam Davis who offered his life rather than reveal to the Union soldiers information that would compromise the Confederate war effort. The 200-acre estate is governed by a Board of Regents, a group of concerned citizens dedicated to the preservation of a nineteenth century working plantation.

The railway has also played an important role in the history of Smyrna. Serving as a refueling station for the railroad, tracts of land surrounding the depot were offered for public purchase. The town of Smyrna first incorporated in 1869, however its original charter was rescinded by the state a few years later. In 1915, the town incorporated, adopting a mayor and a commission form of government and continues to operate under a private act charter. On March 14, 2000, the mayor and board of commissioners adopted a new charter and now operate under the city manager form of government. The legislative body consists of 6 council persons and one mayor. 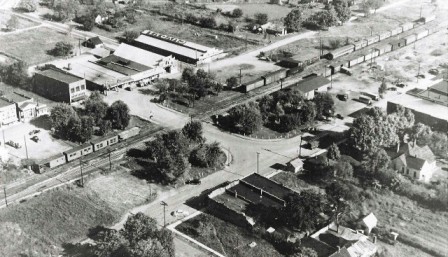 Agriculture continued to be the principle economic activity in the community until the establishment of the Army/ Air Base in 1941. This military installation was located adjacent to the Sam Davis Home plantation and was a B-24 advanced training facility. The Base was later renamed Sewart Air Force Base in honor of Major Alan Sewart. During the 50's and 60"s the military personnel and dependents stationed at the facility exceeded 10,000 persons. The facility was a new source of employment with many civilian jobs available on the installation. In 1965 the Department of Defense announced the closure of several military bases in the United States, and the Smyrna facility was one of those scheduled to close by 1970. The closure of the 2,400 acre Air Force Base resulted in a severe economic blow to the community. The 1970 census indicated Smyrna had 5,200 residents, which included approximately 2,000 military personnel completing the closure operations. The departure of the remaining military personnel left Smyrna with approximately 3,000 residents, a significant decrease from the 11,000+ residents counted in the 1960 census. Many believed the town would not survive this crushing economic setback, however, community leaders were determined to revitalize the community by recruiting new industry and jobs.

The bulk of the property vacated by the Department of Defense was divided between three entities: 1) Rutherford County 2) State of Tennessee and 3) Metropolitan Nashville Airport Authority. Rutherford County formed an Economic Development Committee composed of county commissioners, the county executive and the counties mayors of the municipalities. This group was instrumental in the conversion of the property obtained from the Department of Defense to private industrial use. Some of the larger industries recruited included, Better Built Aluminum, Cumberland Swan, and Square D. During the 1970's many new jobs were created, and as a result, Smyrna's population nearly tripled between 1970 and 1980. The property received by the State of Tennessee has been utilized by the Tennessee Army National Guard and the Tennessee Rehabilitation Center. The land granted to the Metropolitan Nashville Airport Authority, included the runways, hangars, clear zones and related aviation facilities. The airport property was held for nearly 20 years with very few improvements. In 1990 the Metropolitan Nashville Airport Authority agreed to relinquish control and transfer the airport to the newly formed Smyrna/Rutherford County Airport Authority. The Smyrna/Rutherford County Airport Authority has made great strides in improving airport operation and facilities. 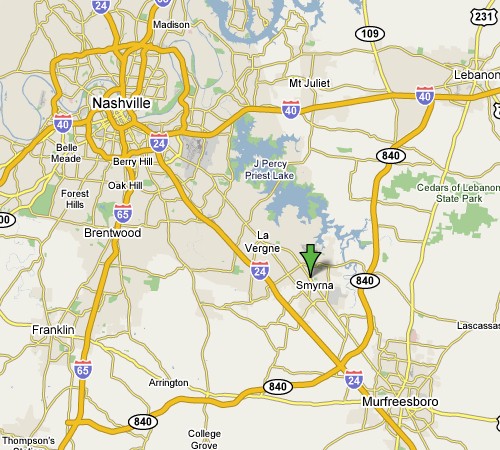 Another significant mark in the history of Smyrna was the impoundment of Percy Priest Lake in the 1960's. After Congressional approval, the Corp of Engineers began acquiring land for the lake. Land clearing began in 1966 and the lake was impounded in 1969. The lake not only serves as a tremendous supply of quality water to the area, but also is home to a variety of recreational opportunities.

The economic slowdown that resulted from closure of the Sewart AFB was only temporary. The economy of Smyrna prospered during the 1970's and promised to improve in the 80's following the announcement of Nissan, the first Japanese automobile manufacturer to build a plant in the United States, to make its home in Smyrna. The announcement and construction came at an ideal time as the national economy was experiencing a slowdown. The Nissan plant, the largest automobile manufacturing plant under one roof, was built on approximately 800 acres in record time with over 2,000 construction laborers working seven days a week. The first vehicle was produced in 1983. Nissan has been a good corporate citizen over the years providing steady employment to approximately 6,000 workers.

The economic future of Smyrna appears bright given its strategic geographic location. The availability of ample utilities and supporting major transportation facilities (air, road and rail) makes Smyrna an attractive location for business and industry.